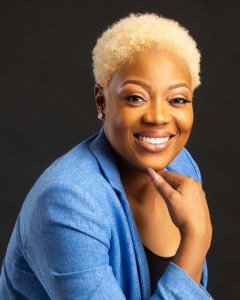 Chineze Anyaene was born and raised in Abuja, Nigeria. She graduated from Regina Pacis College Abuja and later attended the university of Abuja, Nigeria. In 2005, Chineze immigrated to Los Angeles, California and began a one year filmmaking program at the New York Film Academy. While at NYFA, she was recognized for creating an outstanding epic folktale, noted as the best “foreign film” of her graduating class.

Eager to hone her skills in filmmaking and pay homage to her passion for the same, she began work in pursuit of her Master’s degree. Chineze stands out as the first student in history of the New York Film Academy to not only make a feature film while in school but also to receive a production sponsorship from Kodak. A first time feature director, her directorial debut IJE: THE JOURNEY has received several awards both locally and internationally including the highest grossing Nigerian film by the Nigerian Film Corporation (NFC) and has still remained unbeaten till date.

In March 2012, Chineze was part of the panel at a conference in Harvard Business School discussing the entertainment industries in sub-Saharan Africa. She sits as the chairperson of the Nigerian Oscar Committee.